Cover Photos on The Sun Magazine

I’m so pleased to have my work published in The Sun Magazine from time to time, and it’s been especially thrilling to have had photos featured on its cover in both January and February.

The January issue shows a magical night in Glacier National Park a couple of years ago. I was camping in the Two Medicine region and was amazed at the number of stars that could be seen there. One of the campsites had a red light that lit up the dead tree in the foreground. When I developed a picture in color, the artificial lighting was garish,  so I converted it to black-and-white with a digital red filter, and the tree popped out so white against the black sky!  I like how it mirrors and extends the split shape of the Milky Way.

The  photo on the February cover is an infrared photo I made in the Highlands of Scotland. I was pulled over on the side of the road trying to assist a motorist in need, and while we were waiting, I wandered about a bit.  I crossed a bridge and looked over at the train tracks, and immediately knew I had to make a photograph. I chose to use my infrared camera because I knew that the foliage would all turn white and make a great contrast with that dark track curving through.  I’m so happy it found a place on the cover of a magazine I enjoy and respect so much. 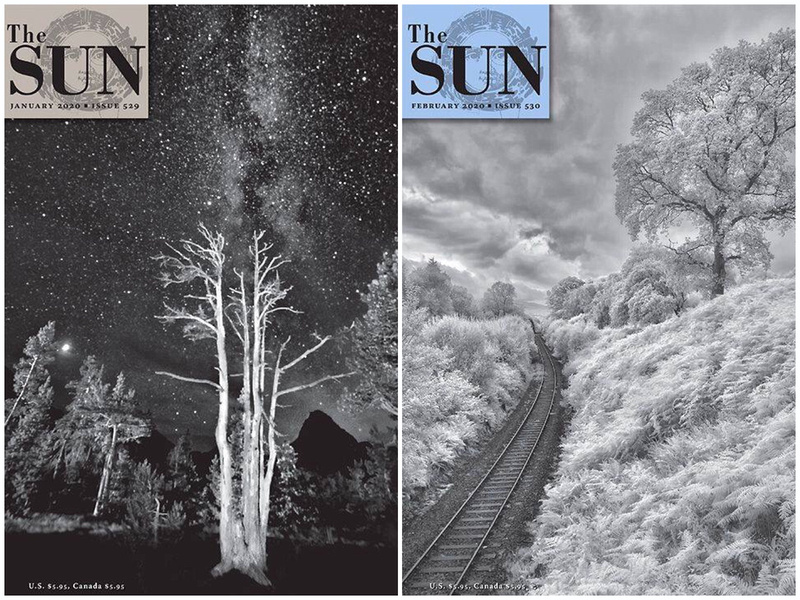